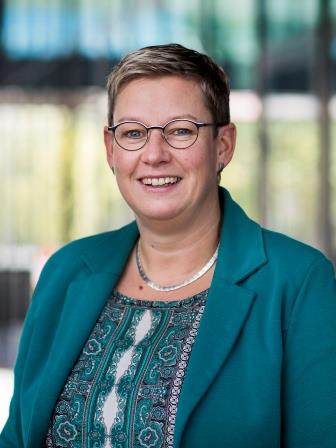 Jolanda graduated in 1996 at the HU University of Applied Sciences in Organic Synthetic Chemistry.  The graduation project was done at a Company in Flavor and Fragrances with the synthesis of linear and branched aldehydes as project. In April 1997 she started as supporting staff member in the group of Bert Meijer. In this group her main target is synthesis on larger scale of organic molecules used for further functionalization by Graduated Students and Post-docs. Later she also became supporting staff member of the group Sijbesma. Besides that she is also involved in the synthesis courses for undergraduate students.